Last weekend, a CrimethInc. operative participated in the first Anarchist Book and Propaganda Fair in Lima, Peru. Here follows his detailed report, including photographs and a few comments on the situation of anarchists in Peru.

Disclaimer: I claim—no, I exclaim!—that this account is incomplete and erroneous. It is brought to you through the lens of a North American traveler with a less than skillful mastery of the Spanish language. Nonetheless, this is how I experienced the First Anarchist Book and Propaganda Fair in Lima, Peru.

It’s been almost ten years since I came to Peru. The country was about to inaugurate a new president, only the second president to take office since the Fujimori dictatorship of the 1990s. Although “democracy” had arrived and the Shining Path had largely disintegrated, the country wasn’t in good shape. An incomplete 20-year-old monorail system loomed over the city, casting shadows of past leaders’ empty promises. The center of counterculture was a graffitied, three-block street called Jiron Quilca. It housed an anarcho-punk infoshop, Asko Social, a couple of anti-capitalist cultural centers, as well as bookstores and little shops with bootleg metal and rock paraphernalia. On Jiron Quilca, I was lucky enough to attend a celebration of the 70-year anniversary of the beginning of the Spanish Civil War.

Today, Jiron Quilca still has much of the same commerce, but its status as a countercultural hub has evaporated. Many of the bookstores, music bootleggers, and graffiti are still there, but Asko Social and the other anti-capitalist spots are gone, and with them much of the street life. A nearby church that owns much of the property has run these establishments out, hoping to cash in on the gentrifying downtown. While Jiron Quilca seems like a ghost town, the long delayed metro-rail project has been completed, and a speedy metro-bus system has been introduced. The neighborhood where Abimael Guzman, the leader of the Shining Path guerrillas, was finally arrested—a reputation that you might think would drive down property value—is now one of the fastest gentrifying parts of the city, with new luxury apartment buildings and a gigantic mall. This was not the city I had seen almost a decade ago.

But the anarchist movement has changed too. There is new blood—young blood—and there are new ideas as well.

One of these new ideas was to host Lima`s first-ever Anarchist Book and Propaganda Fair. The fair took place the weekend of February 1-2, 2014. It was hosted in the union hall of the Federation of Bakers, Star of Peru (Federacion Obreros Panaderos Estrella del Peru), a union with anarcho-syndicalist roots founded in 1887.

The day before the book fair, in exchange for use of the space, local anarchists and visitors helped repair furniture, fix the bathroom, sweep, and dust the space, and one gringo even gave the tall, decaying face of the building a new (albeit mediocre) paint job via an incredibly dangerous ladder! The day of the book fair, the space was transformed with beautiful, large posters expressing solidarity, impromptu art exhibitions, and red and black flags.

Over twenty different publishers and projects tabled. These included radical media projects, a DIY feminist craft collective, regularly published anarchist periodicals, authors with their own books on anarchist history, an anarchist hip hop journal, and plenty of anarcho-punk distributors. Our CrimethInc. cell was a proud participant, albeit with a meager selection of translations. However, many other distributors had translated CrimethInc. texts on their tables as well. If you want to help translate more material, please get in touch!

One of the most popular items on our table was a Spanish version of the Gender Subversion poster. An older, conspicuously non-punk woman insisted on paying one of the neighboring tablers for the poster even though the ex-worker staffing the table was not present. When this ex-worker returned, the neighbor recounted this woman’s enthusiasm and background. She grew up in a shantytown of Lima known for an especially high level of self-organization. The women of this area self-organized public kitchens, education committees, and sewage and electricity projects. In what became one of the highest-profile murders of the era, a socialist woman who led these efforts was eventually assassinated by Maoist Shining Path rebels who were suspicious of anyone organizing outside their authority. This book fair attendee had a granddaughter who raps and skateboards, who is criticized for not acting girly enough. The grandmother was excited to give her granddaughter the poster and to continue the tradition of strong, self-determined women that she grew up around during the Shining Path conflict.

Three kinds of presentations took place during the weekend: Talleres, which were more or less skillshares; Foros, forums for discussions of ideas and action; and presentations on current projects or newly published anarchist material. Many of the workshops and foros were also accompanied by newly published zines on their respective topics. The workshops included capoeira, wood and linoleum printmaking, and anarchist poetry. There were forums on intra-movement work and cooperation, anarcho-syndicalism, anarcho-primitivism, free love, revolutionary violence vs. terrorism, the anti-mining conflicts in Cajamarca, and anarchist internationalism in regards to the legacy of the war of the Pacific that pitted Chile against Peru and Bolivia.

Authors presented on a book about the history of Chilean anarchism between 1890 and 1990 and herbal healing and medical self-determination. There was also a brief but well-received presentation about the Ex-Worker podcast.

The space was drug and alcohol free, something anarchists in Lima seem to be experimenting with recently. This is a change from the Spanish Civil War anniversary during my last visit, at which many audience members had beer in their hands. To illustrate this trend, one local show space has been successfully hosting drug and alcohol free punk shows. One of the reasons for this is to avoid provoking repression, but many of the punks who live there have young children as well. This might also explain why the book fair had an enthusiastically attended childcare space with mats to play on, art projects, books, and fantastic volunteers.

In the middle of the first day, time was set aside in the tabling area for tablers to present their projects, explain why they were there, and express what they hoped to get out of the book fair. This turned out to be intimate and beautiful; perhaps book fairs in the US could try it. One presenter made a humble and touching speech: “I believe every anarchist is a propagandist, whether we are talking to people on the street, our family, or our friends. Just because I am behind a table with books and you are in front of it doesn’t mean you know anything less about anarchism than I do. We all have something to learn from each other.”

In an interview carried out by the ex-worker, one of the book fair organizers explained the idea behind holding this book fair: “We consider it very important to resist the whole set of distortions, defamations, and falsifications that are perpetrated by the means of power. This includes the press and even the realm of academia, which many times has attempted to silence, or make us forget, the history of anarchism, which has had a very important presence in Peru´s history. And also, to show that anarchists are involved in lots of different kinds of things. We’re hosting this book fair to promote the idea that people can assemble their own texts, edit their own texts, and disseminate them in spaces like this. Anarchists aren’t just involved in confrontations at demonstrations—I mean, they are doing that, but we’re doing other things too. So, we’re resisting this narrow view of anarchism and hopefully making people realize that anarchism is an alternative, one that can be fulfilled. Hopefully even more people can participate in the next book fair, and I believe were getting there, little by little.”

Another participant explained her enthusiasm for the event: “Many times when we have been in different conversations we have said ‘Well, we see the same faces’ and what we would really like is for other people, like young people like we see that are here, for them to be here, for them to be with us, sharing a different environment, a different type of thing that they don’t get to see in school, that they don’t get to see in the streets, that they don’t get to see in the TV or on the radio, nowhere. That’s the most important thing, for people that are not in these places to actually get to connect with these types events, these types of conversations, these types of talks, these types of relationships. Because the type of relationships we have is very much different from the type of relationship you see outside, which is mainly a type of mercantile relationship, an exchange, you talk to that person because you`re going to buy something or you talk to that person because you work with them. It’s all because of a capitalist relationship. What we’re harvesting here, in these places, is another type of relationship, a relationship of a different type of society that is not on a basis of money or exploitation or anything like that. And the thing is finding out how…”

At the end of the last day, a very old man from the Bakers’ Federation, the union who shared their union hall for the book fair, shared some words. He spoke for five minutes, and concluded, “This is a space that serves every comrade. It doesn’t belong only to our union, it belongs to anarchism… It animates me to see so many young people here. In you, the young, I put my faith that you will use this meeting as a step to reignite a revolutionary struggle. This is not the first anarchist meeting to take place here, and we hope it will not be the last. I can see that the libertarian vein runs through your bodies.”

After a loud round of applause and cheering, the book fair spontaneously transformed into an unstructured assembly for people to share their experiences, news about recent repression, and ideas for the future. Then someone took out a cajòn, guitar, and kazoo, and people sang, danced, and rapped until it was time to leave.

While cleaning up, my Peruvian hosts and I discussed the book fair. Overall, people left energized and inspired. They said that their only real complaint was that there were not more people from Lima who attended. As an outsider but also as a comrade who has attended my share of anarchist book fairs, I hope that I impressed upon them what a success their event was, and that they worked together spectacularly. From South America to North America, a la mierda la autoritad! 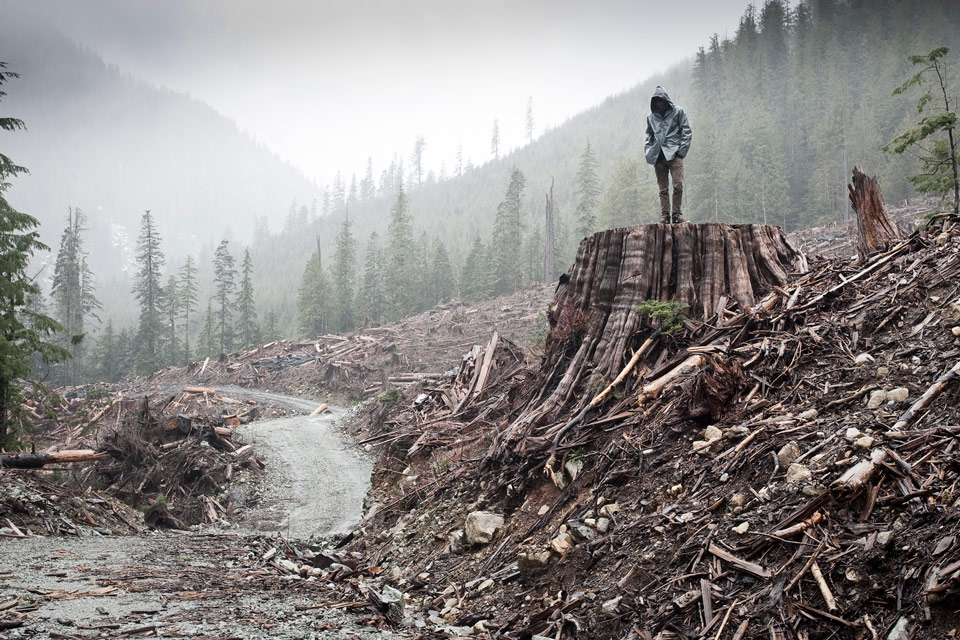