It should have come as no surprise yesterday when the grand jury in St. Louis refused to indict Darren Wilson, the police officer who murdered Michael Brown last August in Ferguson, Missouri. Various politicians and media outlets had labored to prepare the public for this for months in advance. They knew what earnest liberals and community leaders have yet to acknowledge: that it is only possible to preserve the prevailing social order by giving police officers carte blanche to kill black men at will. Otherwise, it would be impossible to maintain the racial and economic inequalities that are fundamental to this society. In defiance of widespread outrage, even at the cost of looting and arson, the legal system will always protect officers from the consequences of their actions—for without them, it could not exist.

The verdict of the grand jury is not a failure of the justice system, but a lesson in what it is there to do in the first place. Likewise, the unrest radiating from Ferguson is not a tragic failure to channel protest into productive venues, but an indication of the form all future social movements will have to take to stand any chance of addressing the problems that give rise to them.

A profit-driven economy creates ever-widening gulfs between the rich and the poor. Ever since slavery, this situation has been stabilized by the invention of white privilege—a bribe to discourage poor white people from establishing common interests with poor people of color. But the more imbalances there are in a society—racial, economic, and otherwise—the more force it takes to impose them.

This explains the militarization of the police. It’s not just a way to sustain the profitability of the military-industrial complex beyond the end of the Cold War. Just as it has been necessary to deploy troops around the world to secure the raw materials that keep the economy afloat, it is becoming necessary to deploy troops in the US to preserve the unequal distribution of resources at home. Just as the austerity measures pioneered by the IMF in Africa, Asia, and South America are appearing in the wealthiest nations of the first world, the techniques of threat management and counter-insurgency that were debuted against Palestinians, Afghanis, and Iraqis are now being turned against the populations of the countries that invaded them. Private military contactors who operated in Peshawar are now working in Ferguson, alongside tanks that rolled through Baghdad. For the time being, this is limited to the poorest, blackest neighborhoods; but what seems exceptional in Ferguson today will be commonplace around the country tomorrow. 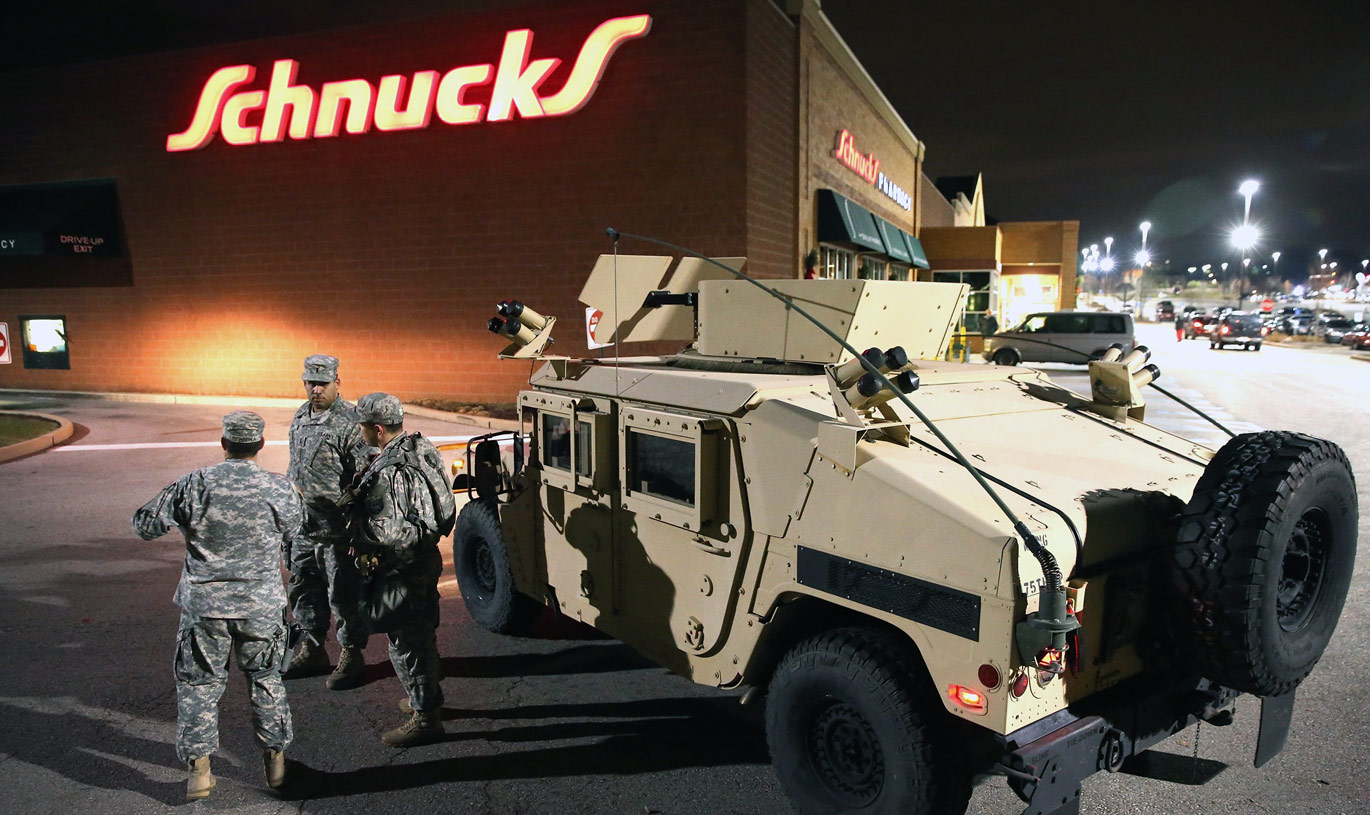 This also explains why struggles against the police have taken center stage in the popular imagination over the past decade. The police are the front line of capitalism and racism in every fight. You might never see the CEO who profits on fracking your water supply, but you’ll see the police who break up your protest against him. You might not meet the bank director or landlord who forces you out, but you will see the sheriff who comes to repossess your home or evict you. As a black person, you might never enter the gated communities of the ones who benefit most from white privilege, but you will encounter the overtly racist officers who profile, bully, and arrest you.

The civil rights struggles of two generations ago have become struggles against the police: today, a black man can become president, but he’s exponentially more likely to be murdered by an officer of the law. The workers’ struggles of a generation ago have become struggles against the police: in place of steady employment, a population rendered expendable by globalization and automation can only be integrated into the functioning of the economy at gunpoint. What bosses once were to workers, police are to the precarious and unemployed. 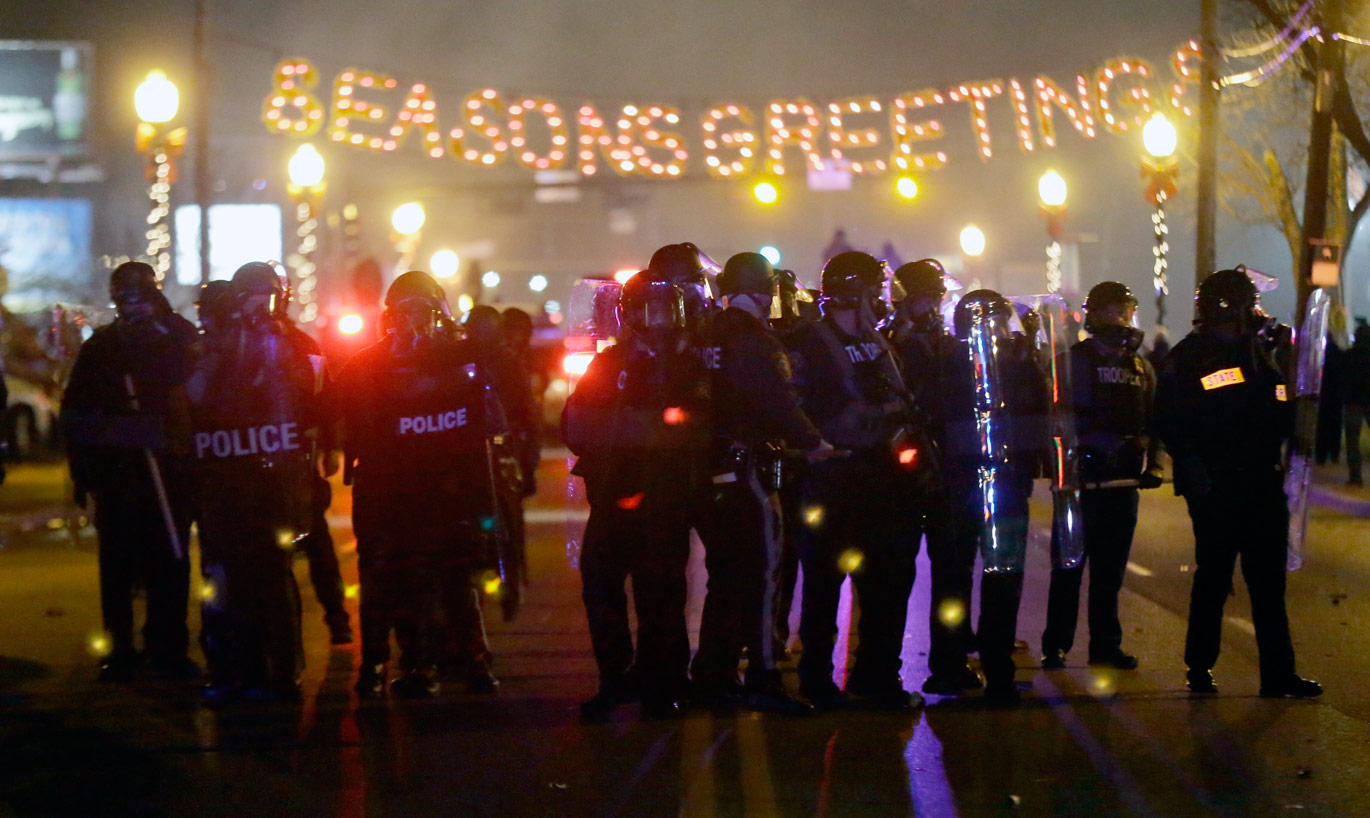 In view of all this, it is not surprising that police violence has been the catalyst for most of the major movements, uprisings, and revolutions of the past several years:

It isn’t just that the police are called in to repress every movement as soon as it poses any threat to the prevailing distribution of power (although that remains as true as ever). Rather, repression itself has been producing the flashpoints of revolt.

The police cannot rule by brute force alone. They can’t be everywhere at once—and they are drawn from the same social body they repress, so their conflicts with that body cannot be concluded by purely military means. Even more than force, they need public legitimacy and the appearance of invincibility. Wherever it’s hard for them to count on one of these, they’re careful to exaggerate the other. When they lose both, as they have in all of the previously described movements, a window of possibility opens—a Tahrir or Taksim Square, an Occupy encampment or building occupation, the occupied QT in Ferguson last August—in which it becomes possible to imagine a world without the boundaries and power imbalances they enforce. This window remains open until the police are able to reestablish their facade of invulnerability and either delegitimize the kind of force it takes to confront them, à la Chris Hedges, or else relegitimize policing itself.

Such relegitimization can take many forms. In Occupy, it took the form of rhetoric about the police being part of the 99% (which could just as easily have been said of the Ku Klux Klan). In Egypt, people overthrew several governments in a row only to see the police and military resume the same function again and again, each time relegitimized by the regime change; it turned out the problem was the infrastructure of policing itself, not a particular administration. In the Ukrainian revolution, when the police were successfully defeated, the same self-defense forces that had just routed them took over their role, performing it identically. Calls for “community self-policing” may sound innocuous, but we should recall the white vigilante groups that roamed New Orleans after Hurricane Katrina. Policing, in practically every form we can imagine it, is bound to perpetuate racism and inequality. It would be better to talk about how to do away with the factors that give rise to our supposed need for it in the first place.

In protests against the killing of Michael Brown, relegitimizing the police has taken the form of demands for police accountability, for citizens’ review boards, for police to wear cameras—as if more surveillance could possibly be a good thing for those too poor to survive within the law in the first place. It is naïve to present demands to authorities that regard the police as essential and see us as expendable. This can only reinforce their legitimacy and our passivity, fostering a class of go-betweens who build up personal power in return for defusing opposition. We should be grateful to the demonstrators in Ferguson who refused to be passive last night, rejecting representation and false dialogue at great personal risk, refusing to water down their rage.

For the only possible way out of this mess is to develop the ability to wield power on our own terms, horizontally and autonomously, stripping the police of legitimacy and shattering the illusion that they are invincible. This has been the common thread between practically all the significant movements of the past several years. If we learn how to do this, we can set our own agenda, discouraging the authorities from taking the lives of young men like Michael Brown and opening up a space in which they cannot enforce the structural inequalities of a racist society. Until we do, we can be sure that the police will go on killing—and no prosecutor or grand jury will stop them. 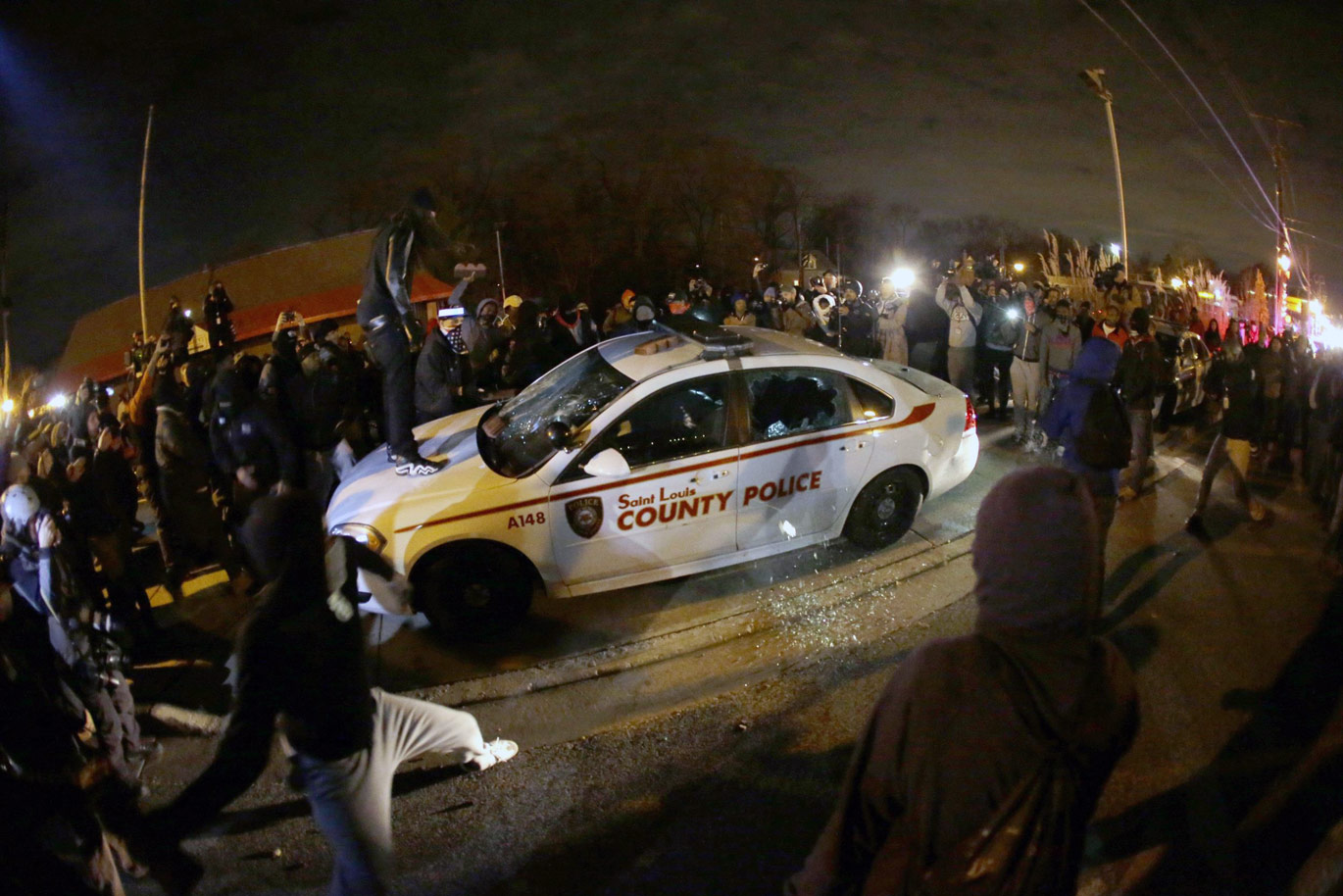 CrimethInc. is an anonymous network of anarchists and insurgents, a desperate measure against quantification and computation, a flaming hearse for the hierarchies of our age.